Have you met any of Donald Trump’s pen pals yet?

Trump and I – an intimate correspondence spanning four years

By: Uffe Elbæk, Danish MP for Independent Greens and former Minister for Culture.

Several times a week, sometimes several times a day throughout the last four years, I have received a personal message from the American President Donald Trump. I am convinced that if Trump had had his way, it would not have stopped with the messages. Had I but wished it, this could have developed into a truly committed relationship between Trump and me.

Time and again the American President has sought my advice on what to do in some case or other. He has asked me for personal feedback on the content of his speeches and even asked me for my views on his political initiatives. Countless are the times he has pleaded with me to at least consider supporting his election campaign financially. But that, I’m afraid, is off the table; I know that foreign funding would be breaking the rules. Well, that’s one of my reasons for disappointing him. 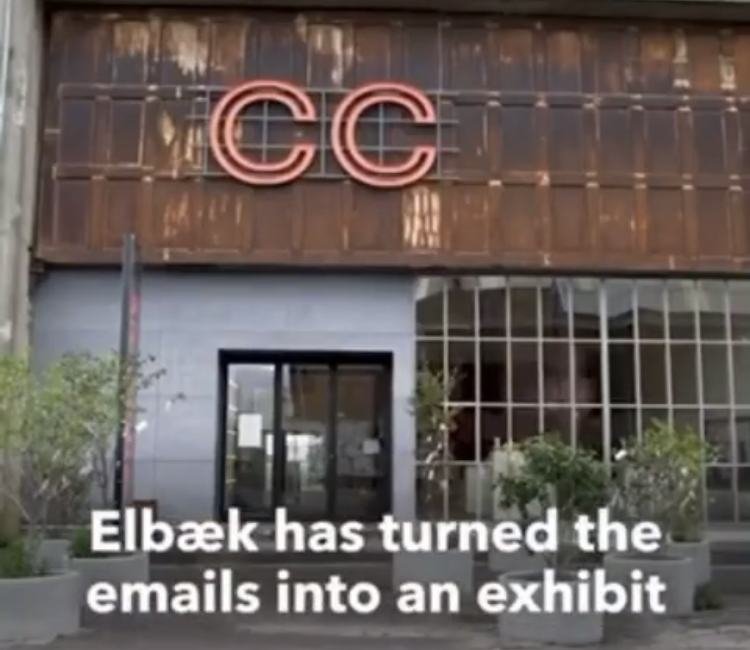 And he is disappointed. Certainly, the tenor has changed in his latest bout of emails in which he cites his inability to grasp why my name does not figure on his lists of donors. Can it really be that I have let him down? Happily, I’ve received another email from him since, making things up again and re-establishing our friendship. Me and Trump.

Throughout the years I have been invited to highly important public events where the President was a speaker. I could have had a seat of honour, right in front of the stage (following a fitting donation to his campaign of course). Once or twice I’ve even received a personal invitation to a private dinner at his resort in Florida! But mostly I have been proffered unique Trump t-shirts, baseball caps and coffee mugs. Which is not to be sniffed at. After all, these generous offers are only granted to the very few, especially select supporters.

American Presidents are of course very busy men and Trump exceedingly so. There is a plethora of doings to be done for the most powerful man in the world. Now and again this means that the president must ask those closest to him to write to me on his behalf. He has had his vice president send me a greeting for instance. I have also heard from both Trump’s daughter and his son-in-law. Throughout these four years, I have had a personal message from practically every member of the Trump family. They have all written in a very personal and dedicated style. That commands respect. I now feel I know them all quite well – and they know me.

I know what makes them happy for instance, really happy. That is the love of the people. But I also know everything about how difficult their lives are. There is an almost inconceivably large number of corrupt politicians in the American opposition who are constantly attacking them. From the top down: Hillary Clinton, the Obamas, and Nancy Pelosi. And if only that were it. But no, the entire liberal press, spearheaded by the New York Times and Washington Post, are also after the Trumps. So Donald tells me. Daily.

Not only do the liberal media persist in printing lies about him, they also refuse to acknowledge the tremendous political results he has achieved in the USA and abroad. Results that no president before him has been able to achieve. They simply refuse to acknowledge the things that really, truly matter to the regular American citizen. No wonder he consistently refers to the media as fake news. That is by the way something Trump really excels at: giving his attackers the names they deserve. For someone has to tell the plain truth after all: that the assembled elites – the political elite, the media elite, the economic elite, the cultural elite – are all in cahoots and conspiring against the American people. 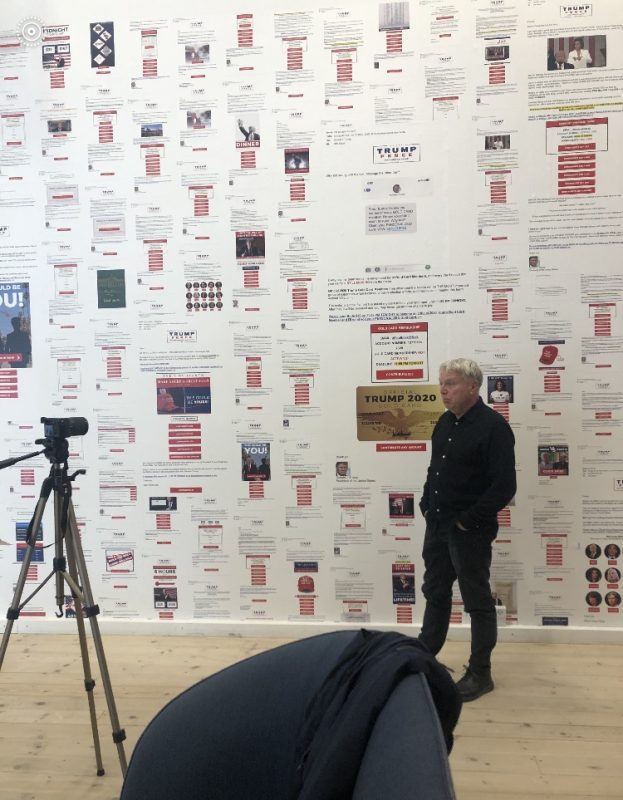 When I read through the many emails the president has sent me, as I often do, I am repeatedly struck with the thought that had Trump not been in the White House, the world’s last democratic bastion would have fallen into the dark, chaotic chasm that threatens to gobble up the world right now.

So it’s a great relief to me that Trump tells me that he will never give up. As a matter of fact, it is the first thing he tells me every morning and the last thing he tells me every evening which is so comforting. He tells me that with my help and the help of other chosen patriotic supporters he will be able to clear out the swamp of corruption that bogs down the world. He assures me that he will stop the radical, socialist coup that is threatening the American way of life right this very instant. And he is ready to go all the way if necessary. Even if it means sending in the troops.

Someone simply has to clean this up. Before American society slides into utter lawlessness and anarchy. Just take a look at Portland and other large American cities under Democratic leadership. It is high time the regular American sees law and order returned to his streets. See the return of the safe, good old days. I hear this from Trump all the time.

What really worries the President right now is the extensive fraud we are going to witness at the next election. His political opponents are willing to do just about anything to prevent him from winning again. Even breaking the law. It is important that I know this, he says. For when the time comes.

And so the conversation has gone on during the last four years. Trump and I. Day in and day out. In my inbox are thousands of emails from Trump, his family, and top political colleagues. In the beginning, I could not understand how my name had found its way onto his mailing list. But naturally, I could not refrain from reading them, as their contents are so very different from the way we communicate politically in Denmark. 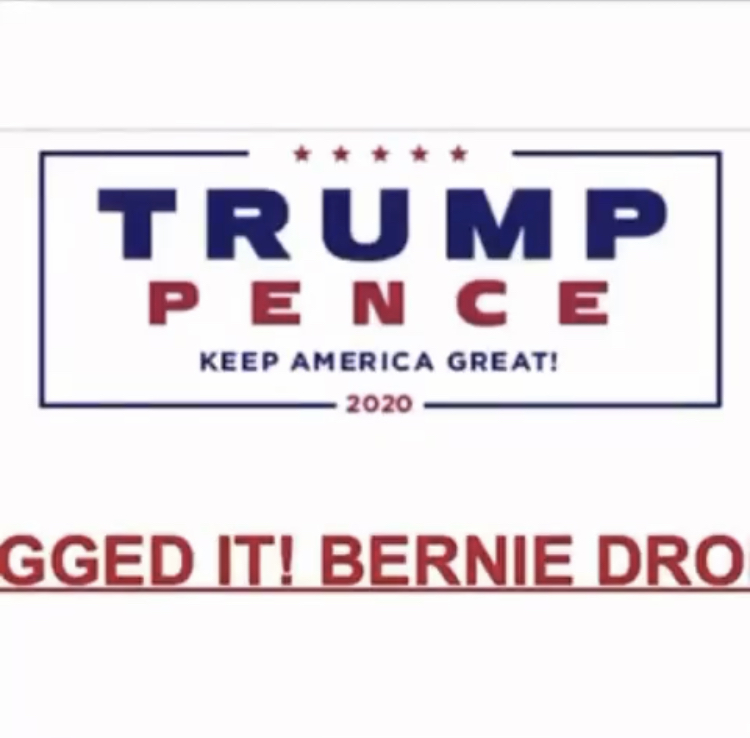 The many emails are almost politically pornographic in their total disregard for generally accepted boundaries. Paradoxically, over time this creates a strange addiction – a daily shot of thrill and outrage. The way he talks to his political opponents. The way he talks about leading media, research institutions and democratic institutions. The way he addresses me so intimately. Who wouldn’t get hooked?

As time went by, I started to get more curious about the communications strategy – the method of conscious manipulation, that he uses in his emails to me – and to the millions and millions of other people who receive the same. What effect does it have on a person to get emails from the President of their country, weekly, daily, sometimes several times a day? It never fails to be a heady experience to receive a message directly from the White House. It might give some a strong feeling of being seen, acknowledged, listened to. Maybe for the first time ever.

Those who have been on the receiving end of Trump’s daily missives will understand why his supporters have become immune to the criticism heaped upon the head of the American president. Trump has succeeded in creating his own reality, where the laws of political gravity simply do not apply. Where truth does not exist outside of the cocoon you are inhabiting with him. 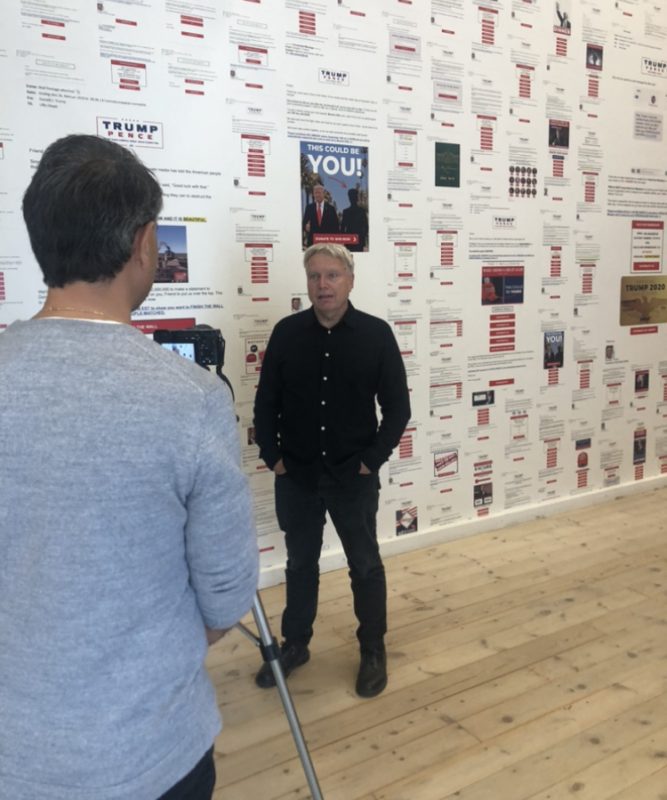 It is alarming and surreal to such a degree that it is difficult to fully comprehend. It is challenging to even write about it. For it means that there is every chance that Trump will win the Presidential election in November. With all the consequences that his triumph will have. Not just for the American citizens but for the entire world. In a recent Spiegel article Rosa Brooks, professor of law at Georgetown University, called to mind the 1933 Reichstag fire, reminding us that it does not necessarily take a political majority to let a country descend into terror and oppression. All it takes is an extreme minority devoid of conscience. Capable of robbing ordinary people of their ability to think.

Trump and his political allies are truly devoid of conscience. Or as Robert Reich, who served as secretary of labor in the first  Clinton administration, recently tweeted: “It’s time to face the facts. Donald Trump is a fascist. Use the word.”

There is certainly no doubt that Trump’s communication strategy follows the fascist playbook word by word. It even follows the standard recipe for the establishing of a fascist state, as set out in Jason Stanley’s book How Fascism Works.

Through careful historical analysis Stanley lists the communication methods and political steps necessary for fascism to develop in a society. Among these are romantic tales of a glorious past now lost. An anti-intellectual stance that makes knowledge and informed debate suspect. The demonization of certain groups to the extent where discrimination against them and denial of their basic human rights are no longer remarked upon. Solving social problems with punishments and penalties. Focusing so intently on the idea of law and order, that the real and present state of the law is undermined. Willingness to demolish the common good, the welfare, and communities the people have built up together.

One of the book’s main points is that it is always perceived as extreme to compare something to fascism. But as Trump has continually moved the posts for what can legitimately be done, said, and meant – so are the posts moved for the legitimate use of the word fascism.

Something considered normal cannot comfortably be described using a word as abnormal as fascism. But as Robert Reich says: use the word. It is truly what Trump’s methods are: fascist. Having spent four years reading thousands of Trump’s emails I can only agree.

We are facing an unscrupulous, narcissist, fascist American president with every chance of winning the November election. Why? Because he already won not only the very right to define reality but also the hearts of a minority of mainly white Americans. A minority that is ready to take to the streets and kill their fellow citizens if Trump asks them to. That is what this has come to. And it is every bit as terrifying as it sounds.

That is why the upcoming presidential elections in the USA are of critical importance not just for the American citizens but for the entire population of the planet. Those same fascist tendencies that the present White House are so sodden with are already seeping into the fabric of Europe. Just try placing Jason Stanley’s fascist matrix over parts of the political debate and legislation in Denmark, Great Britain or many other European countries.

I know what I am seeing. What do you see?